What you can learn from the England rugby team?

Tomorrow is the final of the Rugby World Cup when England will play South Africa, defending the title they won in 2003. Four years ago the English team went to the world cup number one in the world, having beaten their opponents 15 times in the previous 16 Tests. This year, the preparation has been slightly different, ranked 7th in the world and having lost 14 of their last 19 Tests. Their chances in the tournament are described on the BBC website as

Semi-finals would be laudable given their decline since 2003. But getting out of their group will be tough enough, and a quarter-final could be the end of the line.

However, they have defied expectations and have reached the finals, hopefully to make history as the first team in Rugby World Cup history to win in successive tournaments.

Statistics don’t predict anything – Going into the tournament, England were ranked 7th in the world, but by wining games against Australia and France both ranked above them they have moved to 3rd in the world

Music can motivate you – Listening to music and singing can inspire and motivate you, especially if you have a special song (video link of England team singing The Gambler is included just above the first picture), plus Kenny Roger’s message to the team

Have people who believe in you – It is important to be surrounded by fans , the people who support you no matter what

Its okay to feel emotions – you may be really tough, but passion can drive you to great achievements

Rugby Union is a fantastic game to watch because it is fast, exciting, tough complex. If you watched a rugby game before, turn on tomorrow night (kick off is 9pm French time) and support England. And if you don’t know the words for Swing Low Sweet Chariots, its time to learn.

Read morePositive thinking; does it leave a realistic record? 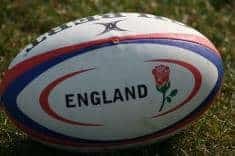 In the last month (September)
Next Post: Why should you keep a personal journal?

Owh…how are you recovering? I was devastated. I am a Wallabies (Australian) Supporter but when England kicked us out I supported England and was so upset that they lost. And I think Johnny is brilliant!!

I’ve got over it very easily, surprisingly. I think it would have been more difficult if it had been a more nail biting game like the quarter final against Australia.

We gave away some silly penalities and seemed to get a bit lost towards the end of the game, but we put forward a more convincing game than most people would have expected after the previous game against South Africa. If the try had been allowed who knows ….

After seven weeks of lots of rugby, I just need to wait until February now until the six nations starts.

England always was my fovourite team, they are the best 🙂