Do it Scared by Ruth Soukup book review

What if you didn’t feel fear or at least acknowledged the fear you felt and decided to do it scared anyway? How different would those moments have been? Do it scared*(affiliate) is the acumulation of what Ruth Soukup has learnt through her own experiences and research involving thousands of people.

Why I wanted to read it

I feel I’ve done a good job at dealing with my fear over the last few years. I’ve learnt that if something needs to be done it is better to just get it over and done with. But what about those opportunities that I don’t need to do. How can I deal with them in the future?

Through this book, Ruth Soukup wants to show you how to face your fears and use courage to create your dream life.

Read morePositive thinking; does it leave a realistic record?

And amazingly, Ruth has made the start simple through her Do It Scared Fear Assessment. I had no idea there were different types of fears before I did my assessment so it was both enlightening, and unnerving how accurate the results were.

There are seven fear archetypes which all have negative and positive aspects. Everyone will have all of them to a greater or lesser extent, but you are likely to have one or two dominant ones.

My top two are Self-Doubter and People Pleaser. They are both over 60%, but both avoid being in the High Impact zone, just!

People pleasersprimary fear – “struggles most with the fear of being judged, which also manifests itself as the fear of letting people down and the fear of what other people might say”

As I was reading about the different archetypes I could recognise some aspects of all of them, which is not a surprise considering they all came out as medium impact. However, there is no question in my head that Self-doubt is my main fear. I don’t know if any combination of fears are “good”, but my top two seem to be an unfortunate fit. As my assessment says

“This person experiences emotional tension on a regular basis. The People Pleaser aims to wow others; the Self Doubter fears it’s impossible to do so. Their circular thoughts prevent them from working effectively.”

How has fear impacted my life

I did not have a good time at secondary school. A lot of that comes down to my friendships. Looking back on my school journals, I wonder how much of my behaviour was driven by fear of not being good enough to be their friend.

Unfortunately my doubts about friendships didn’t end when I left school; I still have them. I admit I was in tears fairly recently because I hadn’t been invited to two events my friends were hosting.

I’ve written this blog for 12 years; not consistently maybe, but I’m still going. Where would I be now if in 2007 I believed that I could make a career out of blogging like other people were doing.

I stayed in a job where I felt unvalued because I didn’t think I’d be able to find another job. I was made to face that fear when my role was made redundant resulting in a role that is a much better fit.

Read moreQuiet: The Power of Introverts in a World That Can't Stop Talking - Susan Cain Review

Another section that had a big impact on me was at the beginning of Part 2: the principles of courage. This section was about having big goals as motivation to take action.

Why did this section have an impact on me? Because it appears I don’t have any big goals!

I dutifully sat down to answer the guiding questions such as What would I do if nothing stood in my way? And no big answers appeared. I’m not sure why this discovery had such an impact on me because I know I have not found it easy to set goals; possibly because I was scared to write them down.

I was finding it so difficult to find anything that could resemble a big goal that I did some free writing to open my mind.

I’m finding this difficult. I don’t know if I’ve had big dreams. I remember wanting to be an author when I was younger. Since then I think I’ve focused on the next step – GCSEs, A-levels, degree, job. I don’t think I’ve thought big for a long time.

It worked, I got an answer- I want to help people through being a paid speaker. To be honest, I’m not convinced I want to be a full time speaker, but I do love the idea of helping people transform their lives. Is it a big goal? The notes I wrote under the goal say

I mainly feel disbelief that this is possible. I can’t see how I go from here to there. I feel breathless at the idea of helping lots of people.

So, yes it is a big goal. And I’m going to take it, own it and maybe use it as a stepping stone to opening my mind to other big goals.

Should you read Do it Scared?

Yes absolutely; unless of course you never feel scared. However I suspect everyone who reads this blog feels fear sometime. Do It Scared* (affiliate) has given me the words to talk about my fear. So now it is easier to recognise my fear. I would love you to discover your fear doesn’t need to stop you because you can “do it scared”.

How has fear impacted your life? How have you dealt with your fear? Do you know your fear archetype?

*Disclaimer – I received an early electronic version of this book in exchange for an honest review. All comments are my own. This post contains affiliate links which means if you buy something I may earn a percentage of the value. However it does not cost you any more. 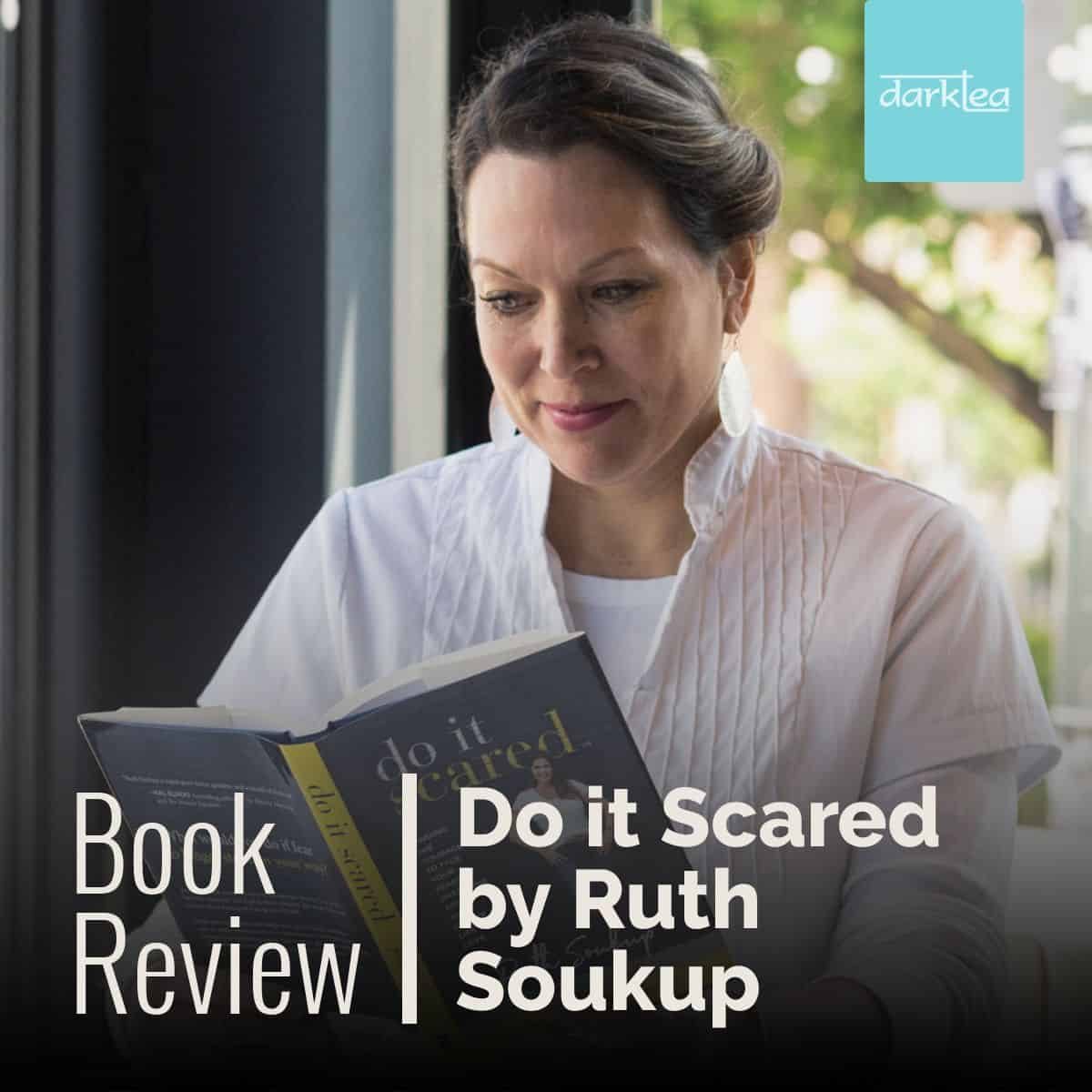 What I loved about 10×10 game challenge
Next Post: Something needs to change; I need to change something