Chicken and cashew nuts is our favourite slow cooker recipe and it goes down well with the whole family, plus because it only needs to cook for four hours you don’t need to remember to put it on first thing in the morning.

I’m not planning to turn this site into food blog, but decided to share this recipe as it has come up in conversation several times on Twitter. You can find the original recipe on Six Sisters’ Stuff, and I’ve adapted it to increase the sauce and to include vegetables in the slow cooker. By mistake, I used chilli flakes instead of red pepper flakes but we liked the taste so have retain them.

The original recipe uses flour and browning of the meat to prevent the pieces sticking together in the slow cooker. I don’t want to spend the time doing the browning, but still like to use the flour. I don’t know if it still prevents sticking, but certainly helps to thicken the sauce slightly. An alternative maybe to add some flour to the sauce, but I haven’t tried (if you want to do this I recommend putting the flour in the jug first and slowly adding the liquid and stirring, this should prevent lumps).

We like the chilli flavour, but only add a small amount so we don’t put off the children. 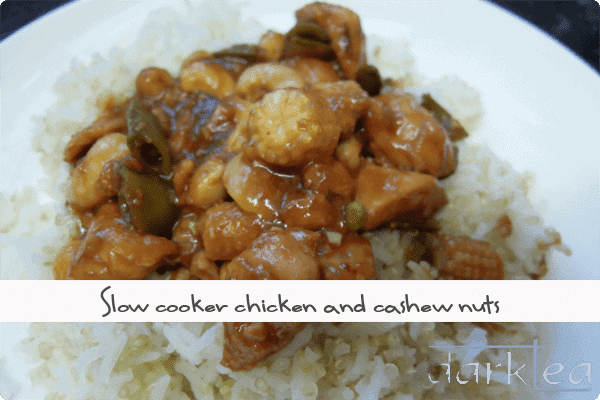