A year of change

The children are in bed and we’re having a quiet evening after our busy Christmas so I’ve got the opportunity to think back on the year. It has certainly been a year of change, with two major changes standing out.

I lost three stone. I knew it was time to lose some pregnancy weight once I weighed more than my husband, but I have to admit that I hadn’t realised I was that much overweight. Some people have mentioned that I’d got quite podgy, but when I look back on the photographs I think I look voluptuous (although I’ve struggled to find before and after pictures as there are not many of me).

The year started with a stomach bug which wasn’t great, but the result was a change to my diet as I no longer wanted to eat chocolate, biscuits or cake. I obviously over ate that food group because simply cutting it out led to a gradual weight loss over 11 months.

I now have two challenges:

My last day at work was the beginning of October and it has taken a bit of getting used to not returning to the company I’ve worked at for the last fourteen years. One downside is the impact on the rest of the family, such as my son having to change preschools, but one brilliant consequence is the realisation that I’d developed closer friendships than I’d realised and a few weeks ago I went to a wine tasting event in Manchester with some of my former colleagues which I’ll write about in a future blog post.

I’ve also had the opportunity to think about what I’d like to do for my next role; assessing my knowledge, skills and interests. I’ve been interested in the environment since I was at school, through my degree and my previous job, but at the moment I’m not sure whether it will continue to play a major role in my future career. I’m excited about future opportunities.

I hope you’ve had a good year and I wish you a happy and prosperous new year. 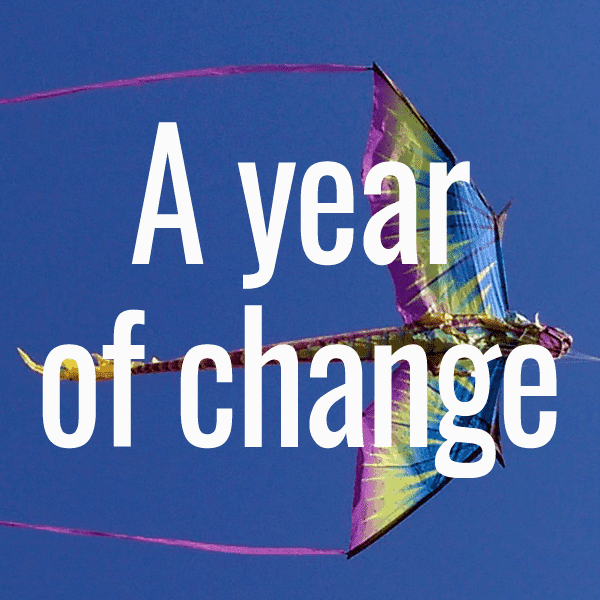 Things to remember when I plan Christmas for the first time
Next Post: My only new year resolution