Nanowrimo – deciding whether to participate

Its the first of November and that means two things; it’s time to grow a mustache and to write a novel in a month. As I’m challenged in the facial hair area, I concentrate on Nanowrimo.

At first it sounds daunting, writing 50,000 words in a month, but after thinking a bit harder the enthusiasm kicks in and you think yes I can write 1600 words a day, so you sign up and then reality hits. However, the great thing about Nanowrimo is, it is about quantity and not quality. It can be difficult at first to accept it, but it means the target for the month is to get as many words written as possible and it doesn’t matter if it is not your best writing, or whether you’ve missed out all the difficult scenes because you have a first draft you can revise over the next 11 months.

I have completed Nanowrimo twice, but have not participated the last two years; in 2008 I gave birth to my daughter at the beginning of the month and 2009 I returned to work after a years absence. As I don’t have any major life changes this year, I’ve thought hard about whether to participate knowing it will encourage me get words on paper instead of them just going round my head.

However, I’ve decided not to participate because I just don’t know where I will find the time to write the words. It was tricky before, but now I am working longer hours and have my daughter to look after, so is likely to take most of my free time. I thought about signing up and seeing how far I got, but in the end I decided that it would become stressful and remove the fun. Plus I want to work on an idea I’ve already started and that is against the rules.

So instead, I intend to use the Nanowrimo month to focus on my writing, but in my own way. My plan is to find out what a suitable expectations of words a week is; I’m currently aiming (and missing) 1000 words / week. What about you, what are you plans for November? Do targets and large projects motivate you to write? Have you completed Nanowrimo and revised your novel (I haven’t)? 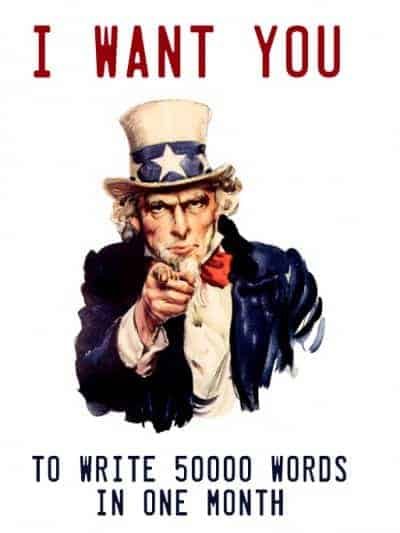