Hero Realms* is a fantasy card game for 2-4 players, originally funded through Kickstarter raising over $500,000. It is a deck building game, meaning you buy and discard cards to build a deck of cards that you hope is stronger than your opponents. It has an average score of 7.7 from 4,500 ratings on Board Game Geek. The game suggests it is suitable for ages 12 years  and older. However, my 9 year old daughter loves playing it, and even my 6 year old son has played it.

I’m keeping a note of the games I play this year as I was intrigued by a challenge on Board Game Geek to play 10 games 10 times in a year. And Hero Realms is the first game that I’ve played on ten days.

I find it funny this is the first game I’ve played on 10 days because we owned it for about 6 months before we played it for the first time. However, once we tried it we became hooked for two reasons:

In reality, B is the main driver for playing this game so many times (fortunately she agrees it is much more interesting than Top Trumps*). She particuarly loves that she can beat me most of the time and unfortunately not because I let her win. I don’t understand how she does it.

Do I recommend Hero Realms?

Yes. I really enjoy it because it is

I suspect I will play Hero Realms many more times before the end of the year. Maybe I’ll reach 20 times and maybe I’ll win a few more games. What is your favourite game so far this year?

*Disclosure – this is an affiliate linking meaning if you buy something after following the link I will earn a percentage of the value, but it will not cost you any extra. All thoughts and comments are my own. 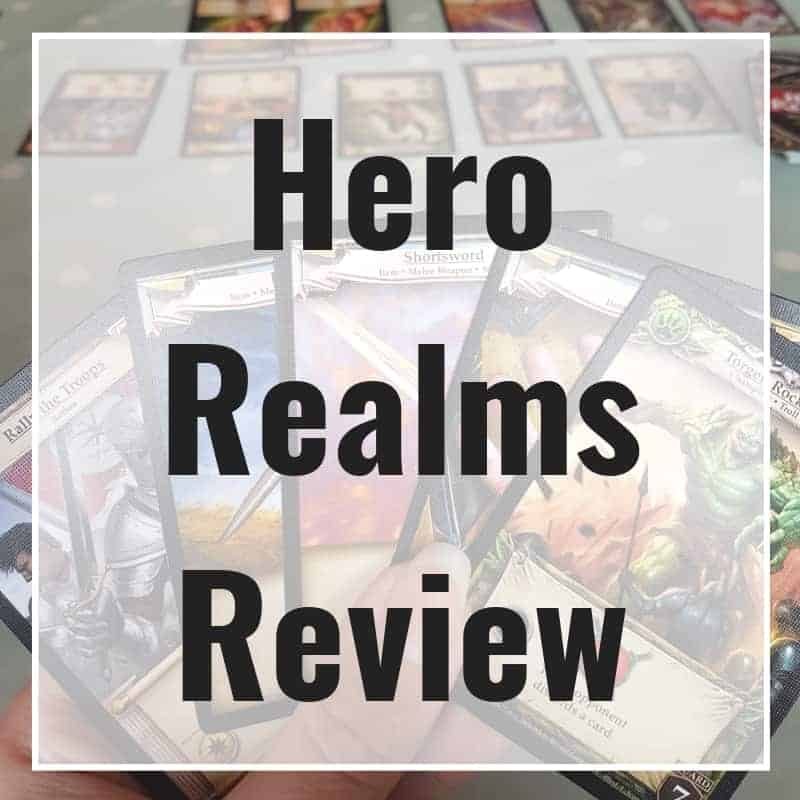 The 5 Love Languages of Children by Gary Chapman Review
Next Post: Does he like me – journal extract 21st April 1992