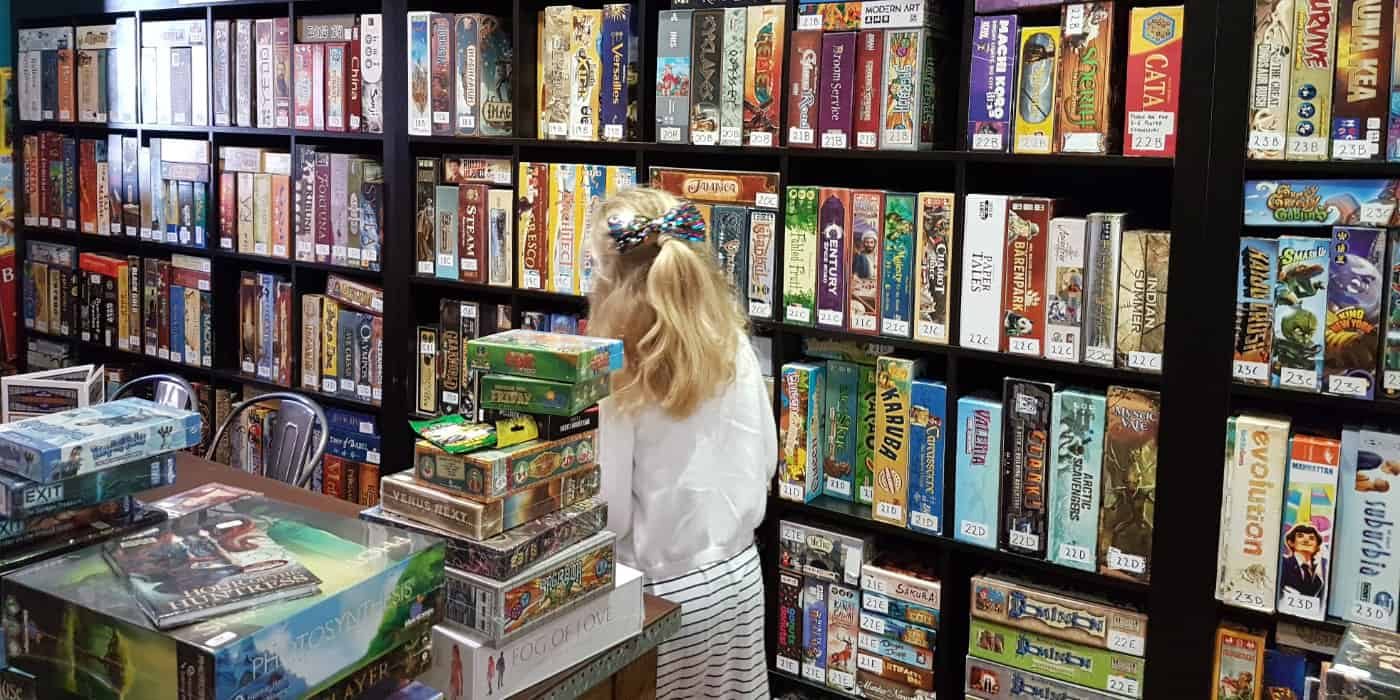 How to choose board games for kids

Does the thought of playing board games with your kids fill you with dread? Do you think you’ll end up playing an incredibly dull game or one that never seems to end. If so, I suggest your kids are playing the wrong ones.

If you’re stuck on the first one, there are lots of ways to find out about new games; ask friends, visit a board game cafe, do a web search or follow board game bloggers or vloggers. 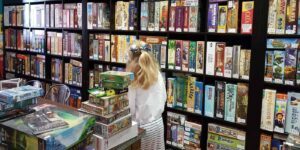 But how do you tell if a board game is correct for your children? Below is my list of things to consider when you choose board games for kids, but the most important thing is to not overthink it. If you get a game and:

Things to consider when you choose board games for kids

Games can be played by 1 player up to multiple player party games. Some are flexible in how many players can join in, while some are fixed. Check the box before buying it or you may end up always having too many or too few people to play. The box will usually tell you the players for example:

Age of the players

Most games have a recommended minimum age but, this doesn’t mean the child’s literal age. It is guidance but you can take into account their ability to participate, for example do they need to read cards,  remember symbols or have they used similar mechanisms before. My son played Chocolate Factory* (with support) when he was 7 years old, even though it is labelled as 14+ because he’d played other engine building and card drafting games so understood enough of the rules to get involved. 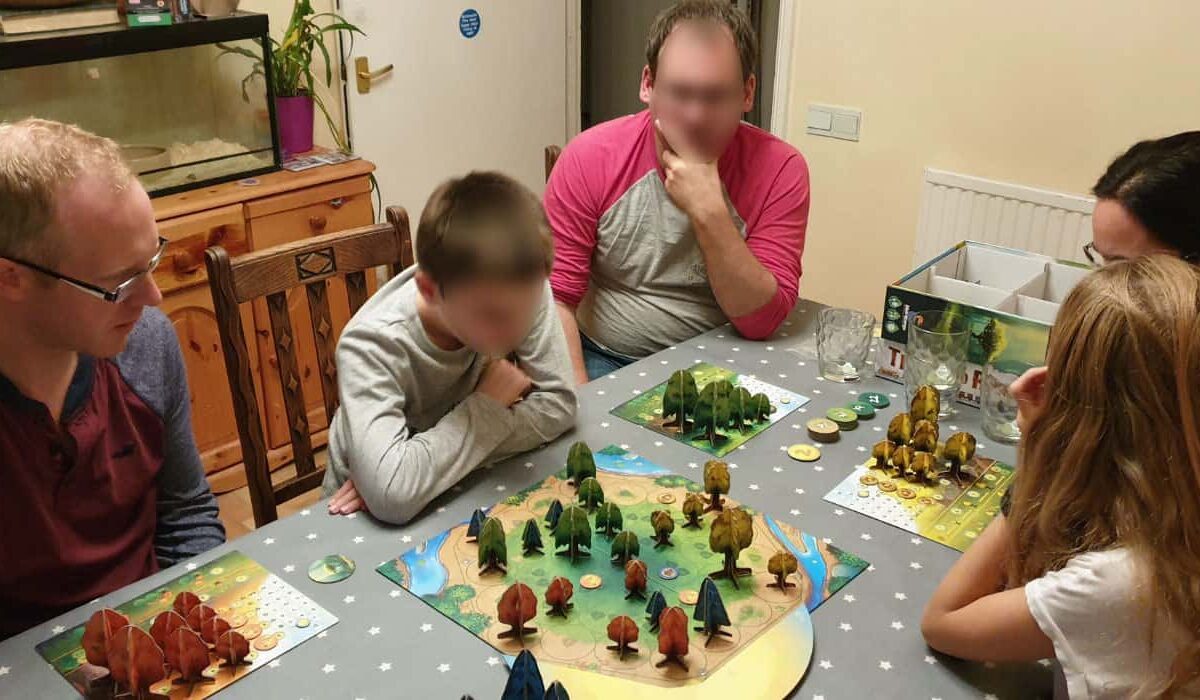 How long will your children be able to keep their attention on a game to complete it? There is a huge variety in the length of games from minutes to days. If you are just starting to play games or your children are young you may want to pick ones with a shorter duration. I think it is better to play a game more than once in a session than to have a game that feels like it is dragging and people start complaining. But older children may love the challenge of playing a longer game.

What is your children’s focus like? Will they be able to focus on the game during other people’s turns or could they wander off? If you need to keep calling people back to the table it will make the game longer and can lead to unwanted tension. If this is the case you may want to consider games with real time or simultaneous action, where players do things at the same time. Such as Sushi Go* or Dixit*.

Some games have a theme such as Japan, Dinosaurs or World War 2. So if you’re children are particularly interested in a topic you may want to look for games to go with it.

What games have your children enjoyed or not enjoyed before? This may give you an idea of a game mechanism they enjoy or may tell you some mechanisms to avoid. For example, if they’ve enjoyed Jenga you could look at Junk Art*, or if they’ve enjoyed Monopoly or The Game of Life you could try other Roll and Move games such as Talisman* or The Magic Labyrinth*.

Do your children like competition? If not there are an increasing number of co-operative games where you work as a team to win against the game. For example Forbidden Desert* or Stuffed Fables*.

Games come with different levels of complexity or weight. Although there isn’t an agreed definition of the complexity levels, the more complex games tend to have longer rule books, more time spent thinking and planning than taking turns and less luck. For comparison Monopoly which needs little thinking or planning has a light complexity rating of 1.66 / 5 on Board Game Geek. So think about your children do they like to think a head or prefer quick decisions?

Some games need a lot of space to play them so consider how much space you have, and can you leave a game up if you don’t finish it in one sitting? We usually play games at our dining room table, however it is slightly narrow to have a board and cards around it, so we feel a bit squished for some games. We recently introduced our children to Terraforming Mars* and our first game took 4 hours over three sessions, so we ended up moving the game from the dining table into a different room so it wasn’t in the way. 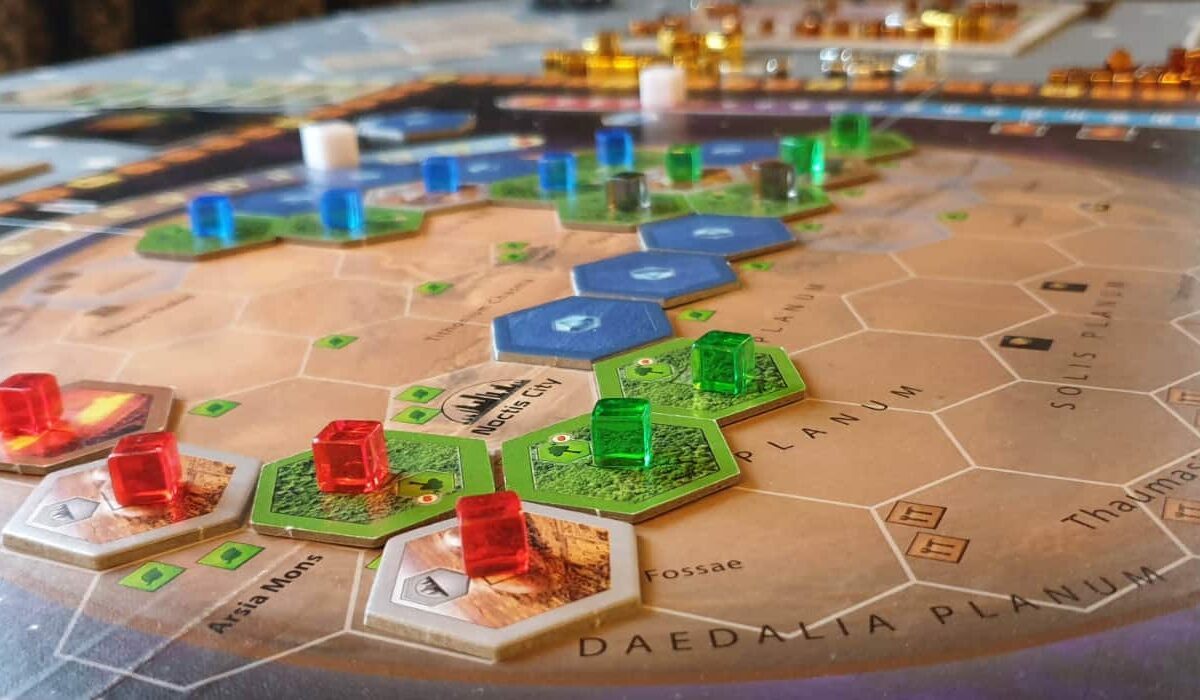 My final advice to you is to try games out to work out what your family likes, and don’t limit yourself to “children’s games”. Expand yours and your children’s gaming experience.

How do you choose board games for kids?

If you’re looking for suggestions please ask in the comments and I’ll do my best to help.

*Disclaimer – This post contains affiliate links which means if you buy something I may earn a percentage of the value. However it does not cost you any more. 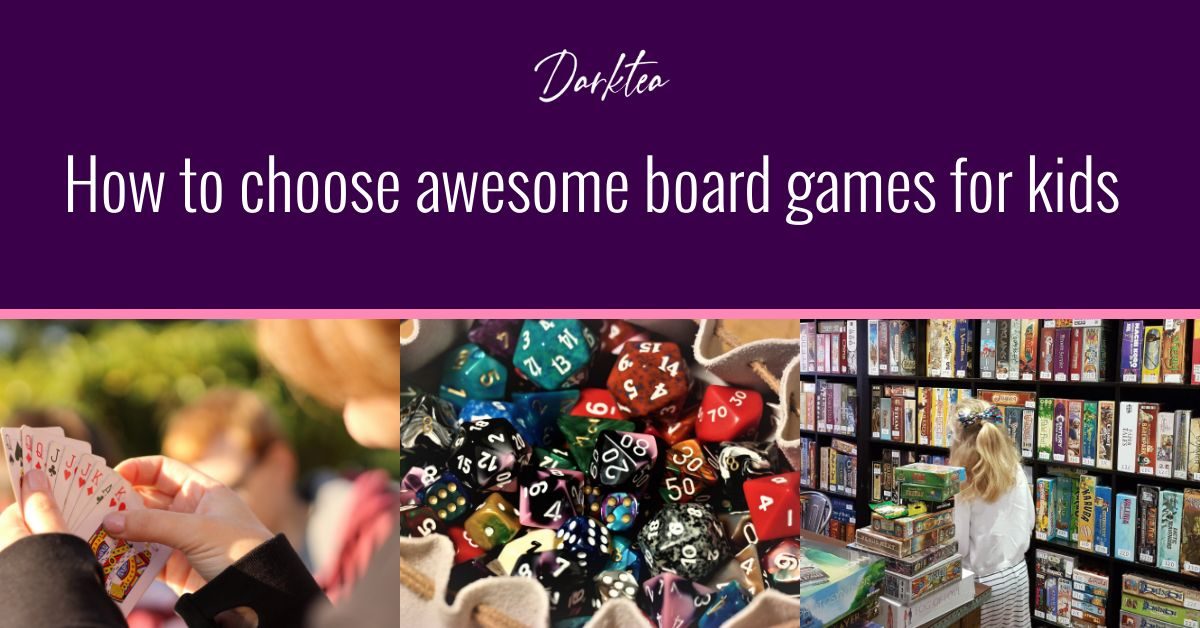 How can we try game before buying them so we know we like them?

I think the nicest way to try games is to play with friends. If you ask around I’m sure you’ll discover your friends have a variety of games. You could visit a board game cafe. You’ll probably need to pay a fee for the table hire, but while your there you’ll be able to try lots of games and get taught how to play them. A third method is trying digital versions of games, either on a platform like Board Game Arena or using an app.

Does it matter if we choose the wrong game?

Absolutely not. Spend the time to think about why was it the wrong game. Was it too simple or too hard? Were people tired? Perhaps you weren’t sure on the rules. There are many reasons why a game may not be enjoyed, but it doesn’t mean it is a bad choice, it might just not be the correct choice for now. Think about whether you want to try it again later and if not, pass it on to someone else as they may love it.